Kisaragi Art Studio/KIMOTO & ASSOCIATES INC. was established in 1995 in Ichikawa, Chiba as an art laboratory in the aim of widely introducing cutting-edge Japanese painting artists and their rich sensibilities inside and outside Japan.

The NIHONGA that we present has its origin in ancient China. Its painting technique has arrived to Japan around the fifth century along with Buddhism and construction of Buddhist temples. In the past, this painting technique - fixing gold and silver foil and naturally colored mineral stone powder on wood and papers using adhesive made of animals’ bone marrow - could be found in East Asia as a whole.
In the later centuries, this painting method has gradually disappeared in above countries except for Japan for various reasons. Only Japanese court painters succeeded the traditional painting method which we could see today. The reason of this is thought to be the complicated techniques required and high cost of mineral paint compared to western oil painting. In China and Indonesia, the cultural effects from western colonization is regarded as the main factor.

However, the advantage of NIHONGA is in the numerous possibilities of beautiful colors and metal material, which enables cutting-edge expressions. Also it embraces the characteristics inherited from ancient Chinese paintings.
The attracting mixture of past and present is admired as the greatest painting expression forming one of the pillars of present Japanese cultural identity.
The name “Japanese painting” was established in the beginning of the Meiji period when the oil painting from Europe was imported as “Western painting”.
Before, most of the Japanese painters followed the themes of ancient Chinese writing, “The Five Classics.” However, recent Japanese artists with talent experiment and cultivate inspiring new themes of new era.

We have recently renewed our website. We are very grateful should more and more Japanese artists’ artworks be enjoyed by overseas customers.
Our line-up of artists specialized in Japanese painting in the Tokyo University of the Arts, the world known art educational institution which ranks to the top art university in Japan.
We are experienced in organizing numerous art exhibitions throughout Japan. We are delighted to convey you the essence of Japanese art and exquisite artworks based on our longtime relationships and trust with our high-end customers and world leading artists. 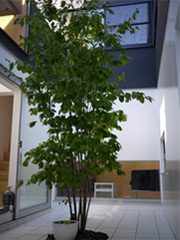